We sat on top of the world’s highest sand dune, Big Daddy, the hot wind whipping sand into our faces, the sun beating down on us, ready to dig into our picnic lunch. Having a picnic on a sand dune sounded like a great idea, but that was before we slogged our way up 3,000 vertical feet in what felt like molten lava. For those of you who’ve never done it…walking up a sand dune is like the world’s most difficult crossfit workout.

Well, the picnic never happened. We drank two lukewarm beers, and then decided that we’d rather wait than eat food heavily seasoned with sand. Sadly, we made our way down. A few minutes later, we stopped to have a drink of water. John insisted that I take some photos while I had the chance. I’d already taken about a thousand shots, but the light was really nice, so I thought “why not?”

As I stood there, snapping photos, John said, “Hey, Carrie.”

When I turned around, he was on one knee, a small red box in his hand.

We embraced in a hot, sandy hug. As I put the ring on my finger, John explained that he designed the ring himself and had it made by a jeweler in Windhoek. The stone was a green Namibian Tourmaline. It took six weeks to complete.

I couldn’t have imagined anything more perfect than that moment. 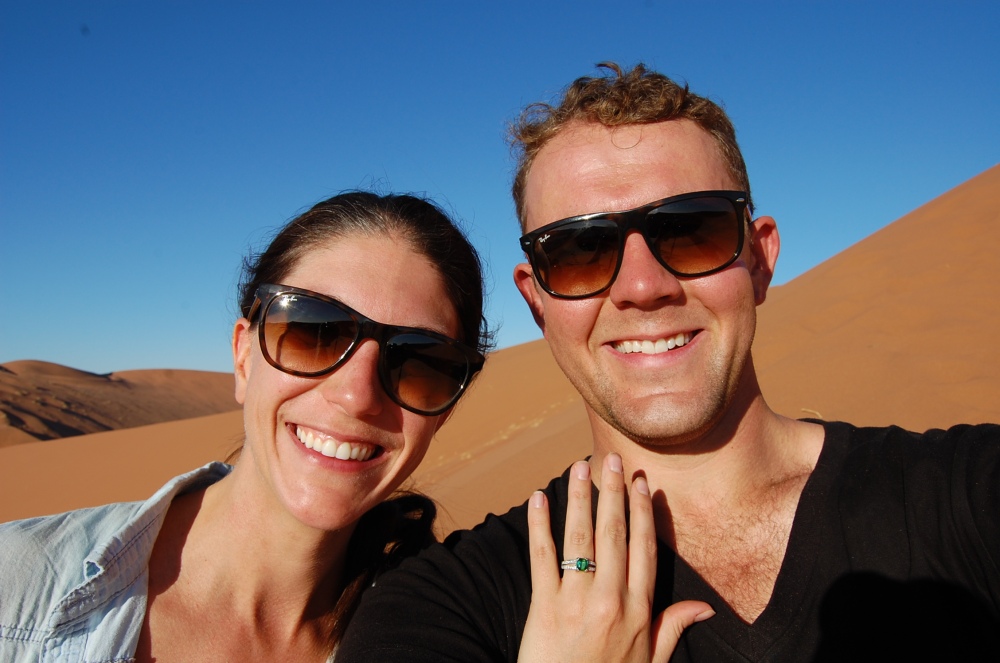 The wedding, we decided, would take place on John’s next day off, June 12th. It was just over two weeks away. Wanting to keep it small, we sent an invite out to ten of our closest friends in Windhoek. No save the date, no fancy invite, just a quick email to let people know. With the exception of a few friends, everyone was in town that day. We booked a restaurant. Then, we made a hotel reservation. I ordered a bouquet at a local florist. I spent hours shopping before I stumbled on the perfect dress, tucked away in a tiny basement shop

John and I aren’t religious people, so we debated whether to get married at the courthouse or by a religious official. We knew we wanted an authentic Namibian ceremony. American friends of ours gave us a recommendation for a minister they liked, so we decided to at least meet with him. The minister happened to be young, educated, funny,  and a wine lover. It was a great match for us. And, he was available on June 12th!

Our friends threw mini stag and hen parties for us the night before the big day. John and I both overindulged, but we felt excited when we woke up the next morning.

Just a few close friends joined us in the parliamentary gardens for the wedding. Ernst, our minister, put together a personal and touching ceremony for us. He talked mainly about adventure, friendship, and commitment. He said that John and I will always live a life filled with adventure, that it’s an integral part of our relationship. At the end of the ceremony, he presented us with a map of the Western Cape as a gift…something we could use on our next adventure.

Afterwards, we had dinner at the Namibian Institute for Culinary Excellence.  It was an evening filled with great food, laughter, friends, and of course, wine. The cake, although it resembled a white top hat, tasted amazing. Our non-American friends were quite puzzled and horrified when John shoved the cake into my mouth and all over my face. We had to explain that it was an American wedding tradition.

We ended the night at the Hotel Heinitzburg. A luxurious and relaxing way to spend our “mini-moon.” Just a quick one-night honeymoon.

We’re happy that we can share some memories from our special day with all of you. 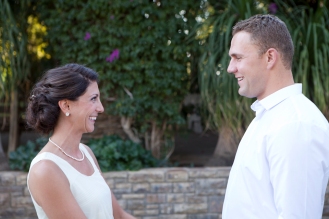 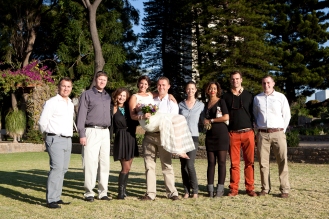 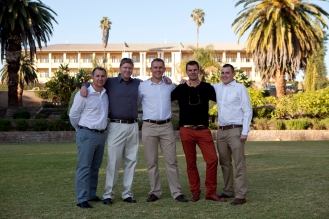 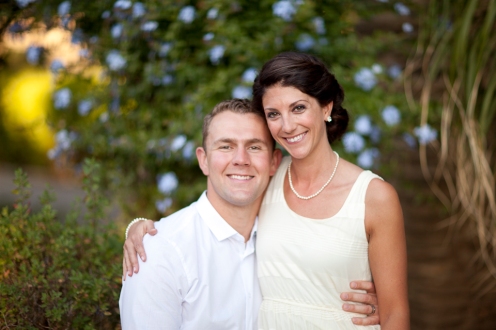 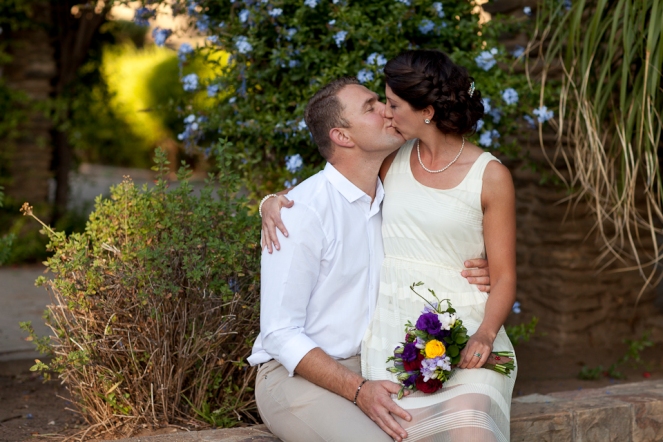 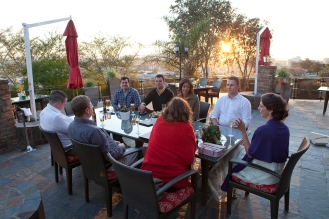